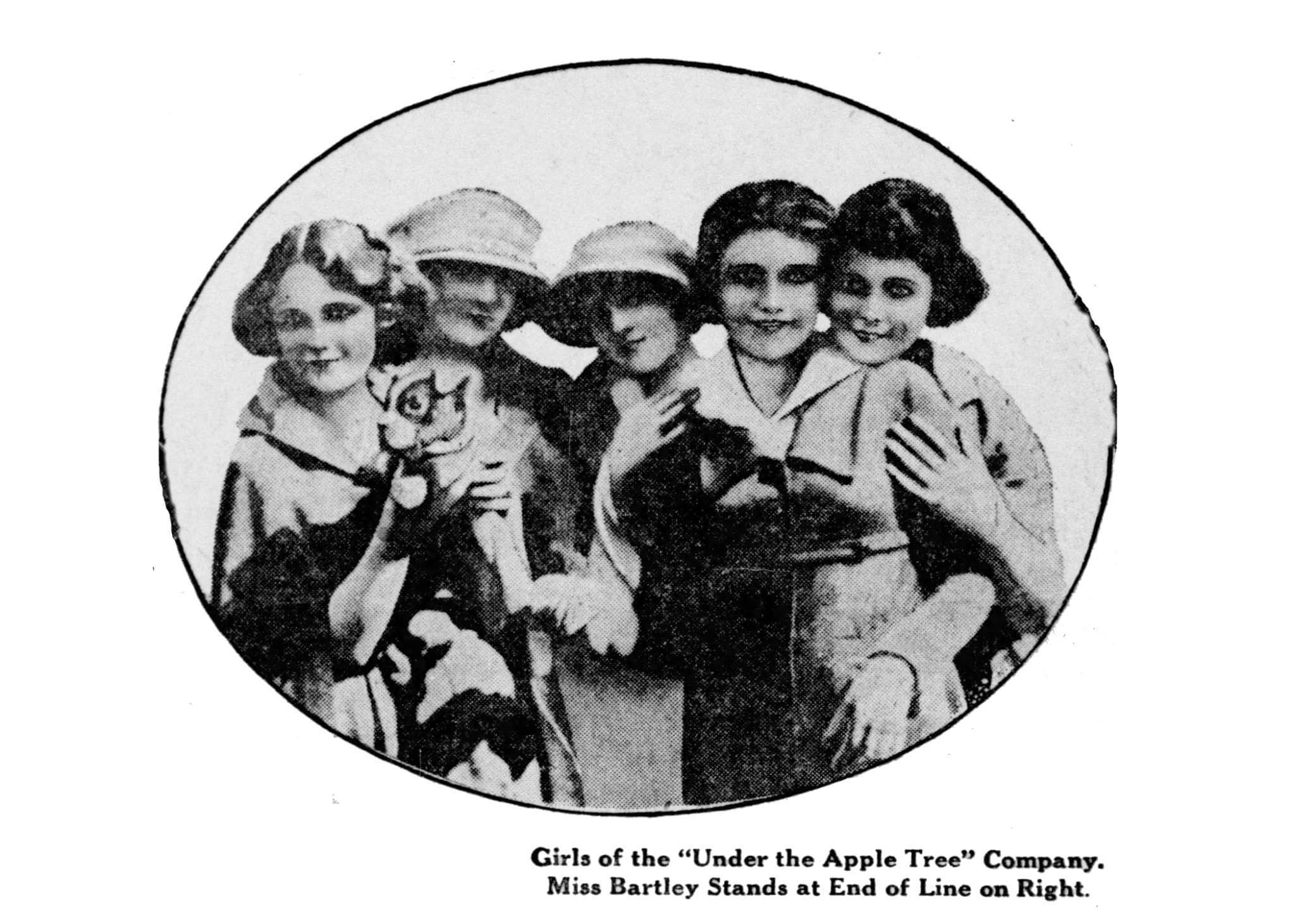 97th Anniversary of the backstage shooting at the Lyric Theatre

Sunday November 25, 2018, is the 97th anniversary, of a real life incident, that happened backstage, at the Lyric Theatre, at 12 Mary Street, in Hamilton, Ontario.

In 1940, the Lyric Theatre, was renamed the Century Theatre, when it was bought out by 20th Century Theatres Inc.   It operated as a cinema, until it was closed, by Famous Players, in September 1989.  After thirty years, of sitting empty, it was demolished in January 2010.

The Lyric Theatre, in 1921, was leased by the Keith / Albee circuit, and had a mixed bill of eight live acts of vaudeville, followed by a Hollywood feature film. The three hour long program was repeated twice daily at 2pm and 7pm.

The week of November 21, the film was “The Servant In The House” starring Jean Hershel, John Gilbert, and Jack Curtis, and the top vaudeville act was “Under The Apple Tree”, a musical comedy, written by Darl MacBoyle, and featuring music composed by Walter L. Rosemont. The production featured a cast of fourteen, and starred Loring Smith, who later went on to have a notable career on Broadway. He was part of the original Broadway production of “Hello Dolly”.

The play, which was a rewritten version of an earlier sketch from 1916, called “Oh Please, Mr Detective”, concerned a stolen wallet, and the comedian who had stolen it, being unable to get rid of it, with it always making its way back to him, like the proverbial “cat with nine lives”.

The short play was produced by a man called George Choos, who also had a number of similar productions, touring the Keith, Orpheum, and Pantages Vaudeville circuits. By the time, “Under The Apple Tree”, got to Hamilton, the production had been on the road for more than twenty months.

Cecile Bartley, was a twenty-one year old chorus girl, she joined the “Under The Apple Tree” company in Indiana, in March of 1921. She was the daughter of an Irish Catholic railroad engineer, who worked on Chicago’s elevated railway. Before joining the play, she had spent a year touring in a production called “Tickle Me”, that starred Frank Tinney.

John “Jack” Grubb, was a 45 year old, overweight, stage carpenter originally from Baltimore, Maryland. He had been with “Under The Apple Tree”, since the production had opened in January 1920, in Chester, Pennsylvania. He had a small speaking part in the play, but his main role was as an IATSE stage hand, being responsible for getting forty steamer trunks, full of wardrobe and scenery, on and off the trains, which was how the production got from town to town.

During the latter part of 1921, Grubb became obsessed with Bartley, and even though he was not a Catholic, had asked her to marry him. Things came to head, when “Under The Apple Tree”, arrived in Hamilton, Ontario, as Bartley, had at last complained to the manager of the act, about Grubb’s harassment of her. Grubb, was ordered to refrain from bothering her further, otherwise he would be fired.

On the afternoon of Friday November 25, 1921, the matinee performance went on without incident. Cecile Bartley, and another chorus girl, Helen Campbell, remained in their dressing room, below the stage, to do some sewing. The rest of the company, and the local stage hands, all went for their dinner break. At around 5:30pm, with the theatre empty, except for an usher turning back seats, Bartley, and Campbell, climbed the stairs, and were confronted by Grubb, on the empty stage. Being rebuffed once again, he pulled out a revolver, and fired three shots into Bartley. In terror, she ran down the stairs, before collapsing. Grubb, then fired two shots into his own heart.

Local police officers, who were directly across the street, at Central Station, were on the scene in minutes. The only direct witness, who could tell them what happened was Helen Campbell, as Bartley remained unconscious for several days. The Chief of Police, and the local coroner, saw no need for an inquest.

Astonishingly, there was one final performance of “Under The Apple Tree”, on the evening of November 25, even though the act was now missing two members of the company. The news broke across North America, on Saturday November 26, by which time most of the actors, had caught the early train, back to New York.

Early newspaper reports about the shooting, reported that the event had happened on stage in the middle of a performance, in front of two thousand people. Also that, as Bartley, was not expected to survive, it was described incorrectly, as a murder and suicide. Those early wire stories, were not corrected, leaving a “legend”, about what happened, in popular memory. “Variety”, and the “New York Dramatic Mirror”, and the local papers, reported the story accurately. Dozens, of other newspapers, reported it incorrectly, and then never wrote about it again.

Grubb’s body, was sent to Baltimore by train, after it was embalmed at the Dwyer Brothers Funeral Home at James and Cannon. He was buried at Louden Park Cemetery, with his only mourners being members of the Baltimore local of IATSE. His grave has no headstone.

Cecile Bartley, was very fortunate, to have surgeons, who had served in the Canadian Army Medical Corps, during the First World War.   After spending seven weeks at the City Hospital, at Victoria and Barton, she was discharged, and returned to Chicago, with her mother. A report in the “Hamilton Herald”, in late 1922, noted that her bill, for her hospital stay, had not been paid by the “Actor’s Fund”.

As near as can be determined, Cecile Bartley, left the theatre, and never acted again. In 1923, she married an Italian man named Costello, and by 1930, she is in US Census data, as living as a widow, with a six year old daughter.  Chicago, during Prohibition, was a dangerous place to live it seems.

This theatrical history, is the subject matter, for my musical, “Under The Apple Tree”, which runs at the Pearl Company Theatre, in Hamilton, until December 2.

As a special event, tomorrow, I will be doing a talk, and sharing my research, after the 5:00pm performance of the play, at the Pearl Company Theatre. The play, has an admission charge, but the talk afterwards at 6:30, is free and open to anyone. If you have read all the way through this, then I invite you to join me! www.pearlcompany.ca